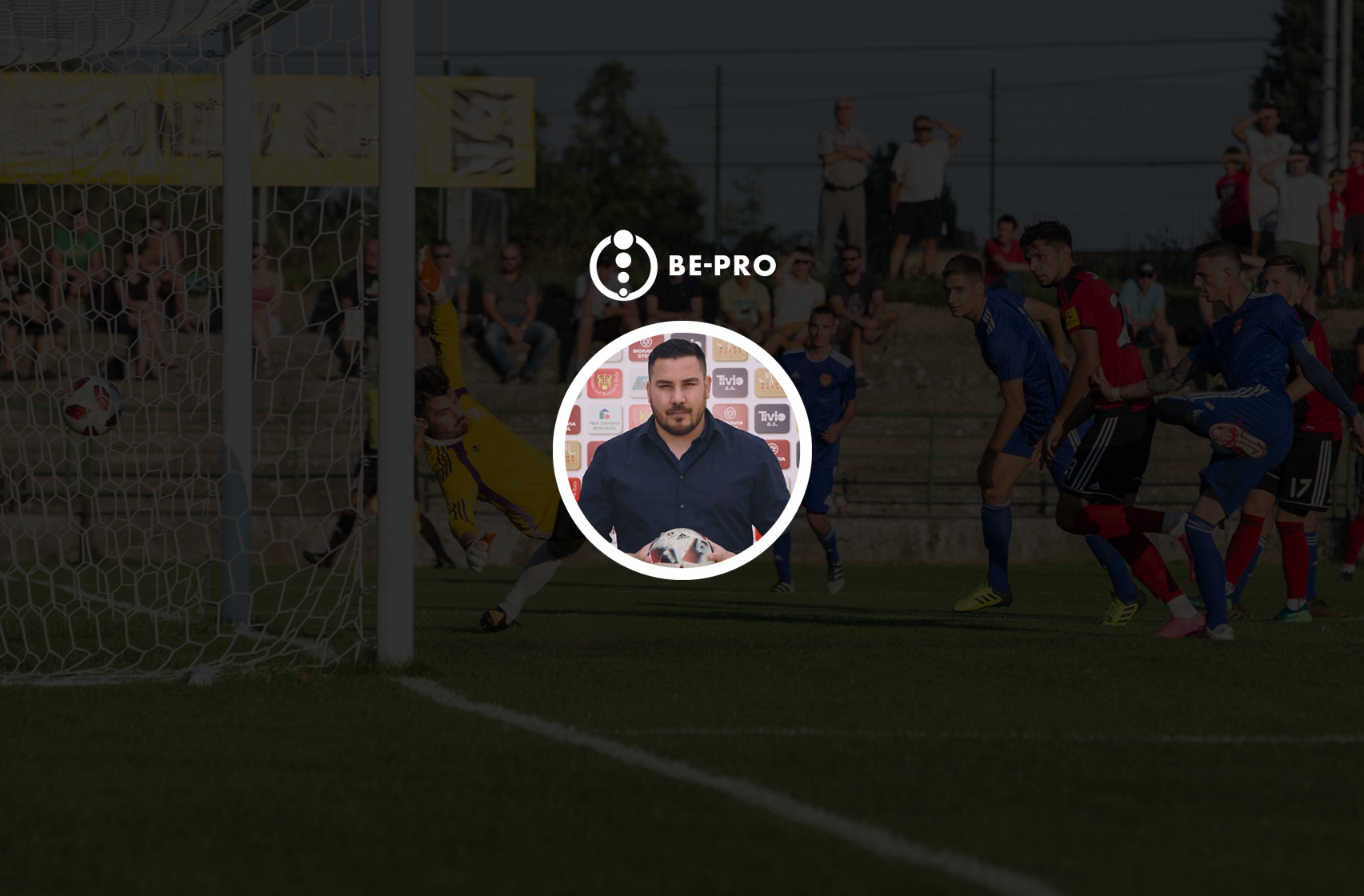 He reached a historical milestone in his second season with his team FK Rača - they finished second in the table. We asked a young coach Lukáš Luknár few questions about BE-PRO.com - a website that he uses in his work very often.

How and when did you first hear about BE-PRO?

,,I've known BE-PRO for a long time, I don't remember exactly how long. I learned about the project from the Slovak media, because this project was found in Slovakia - I discovered that there is a website, which connects players with clubs and vice versa. Players can move into better leagues and clubs and vice versa, clubs can strengthen their teams very easily. I was very interested in this project at that time and I was curious how far it could move. At that time I was a coach in the youth categories and the project just started, so there were only a few young players. I started using BE-PRO after moving to senior football."

Do you think BE-PRO can really help players and clubs?

,,As I mentioned above, the idea of associating players into one database and the subsequent ability to contact or watch these players is something that was missing in Slovakia, and especially in amateur football, and it helps a lot. BE-PRO is an ideal opportunity for players to get to the “football map” and present themselves on the football market. Players also have the opportunity to get in touch with coaches and club officials directly, without any of connections and ,,fighting" for themselves. This is what I like most about the idea of BE-PRO - players have a truly enormous opportunity to get in touch with better clubs."

More than 150 players contacted me through BE-PRO this year!

When and what do you mostly use on BE-PRO?

,,I have been in senior football for the third season already and I can say that I use BE-PRO mainly during the transfer windows. During this period I am looking for new players to my team and one of the possibilities is BE-PRO, where I can contact the players directly. If a player has an adequate profile, I can find it by searching, for example, by position, or by the competition in which he played. If I like a player, I try to get as much information about him as possible, or I watch some of his games where I watch how the player behaves in certain game situations. If I'm interested, I'll contact him. This is probably my most common procedure for finding players." 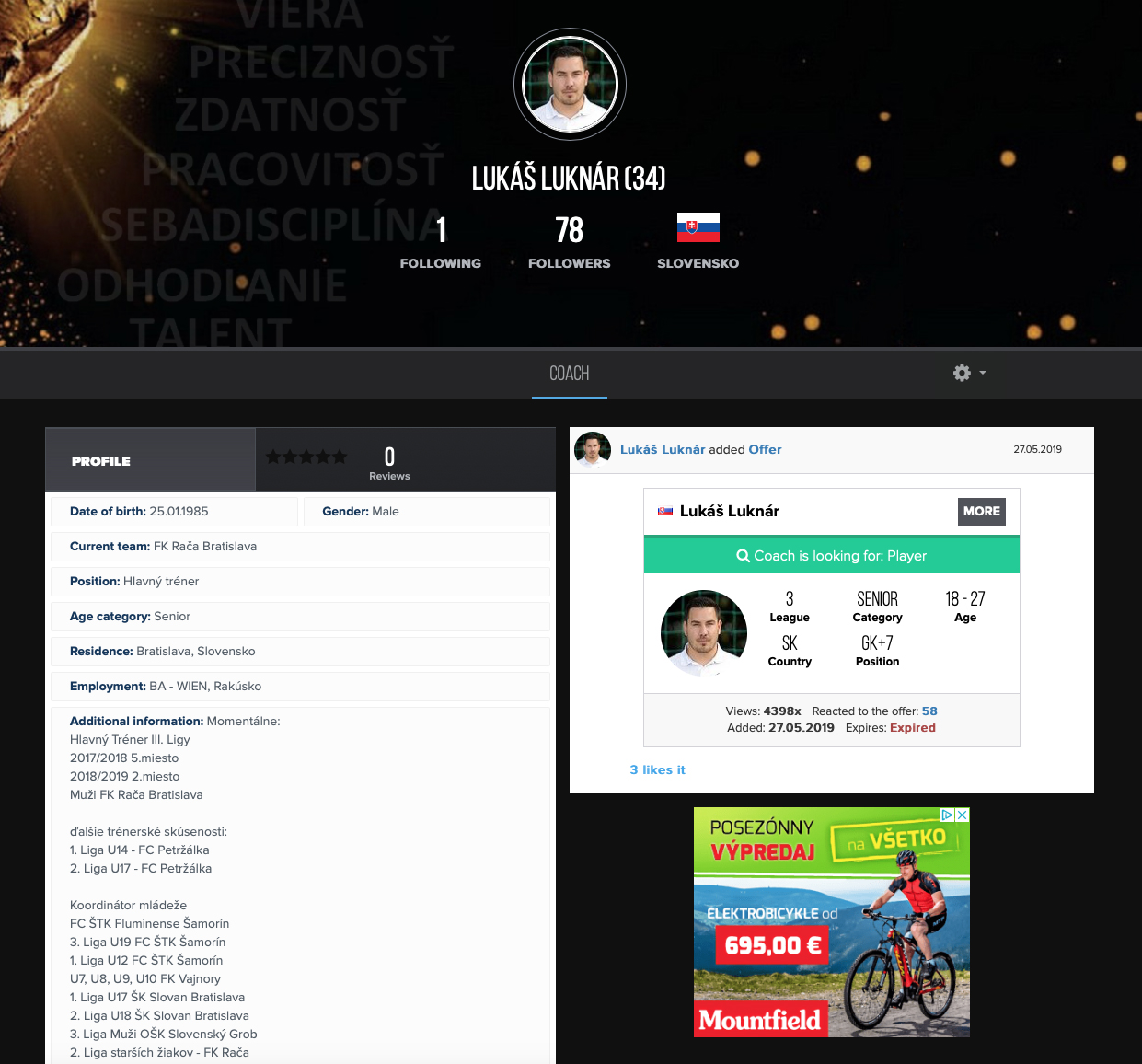 You probably spend a lot of time with BE-PRO.

,,It is a time-consuming process that I cannot, of course, do with every single player, but I can reach a lot of players and I just need a computer or smartphone. First of all, the player must have a lot of information in the profile, which is the basis of success. Another option is to add an offer - up to 150 players contacted me through BE-PRO during the last transfer window! I contact the players who impressed me and ask them if they would like to play for our club. I see how they communicate, how motivated they are, whether they are really determined to cwork with us. Then I meet them personally and I offer them a trial. If they convince me, I'll sign them."

Have you ever signed a player thanks to BE-PRO?

,,Of course, and there were many of them. For example, in the last winter transfer period I managed to get a player from the Czech club FK Teplice, Branislav Vitek, whom I contacted directly through BE-PRO. There was a process of getting to know each other, we had a lot of phone conversations and I tried to get as much information as possible. Finally, we agreed terms with Braňo and he strengthened our team. Braňo was after ACL surgery and was without football for more than 9 months. To this date, he has trained and played for more than 6 months with us and has developed into one of the best players in our team. His performance continues to grow and I would like to say that it is only a matter of time before he becomes one of the best players in our competition. Of course, he still has a lot to do, but he is on a good way. His arrival is one of the best I managed to realize thanks to BE-PRO. Recently, we signed a goalkeeper Marek Bakoš from MFK Ružomberok during the last transfer window, also thanks to BE-PRO."

Would you recommend BE-PRO to other people from the football industry?

,,In my opinion, BE-PRO does not even need to be recommended because it is recommended on its own. However, if I could say my opinion, as a coach - in a few minutes you can get the players you need very easily. So why not try it?" 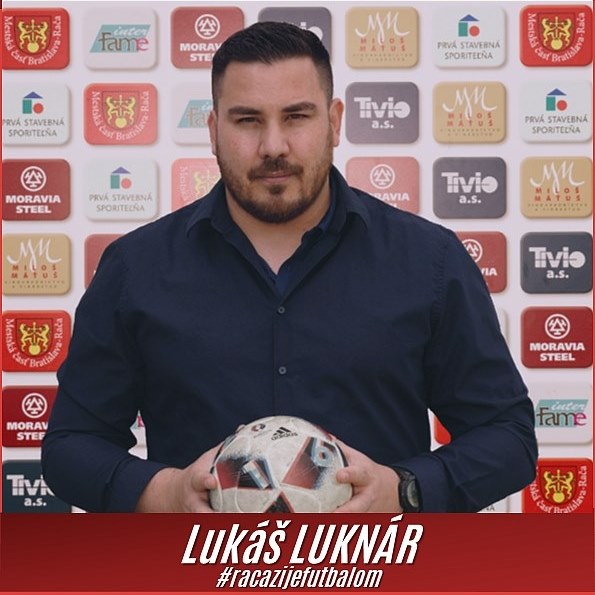 Thank you for the interview and we wish you a successful season!