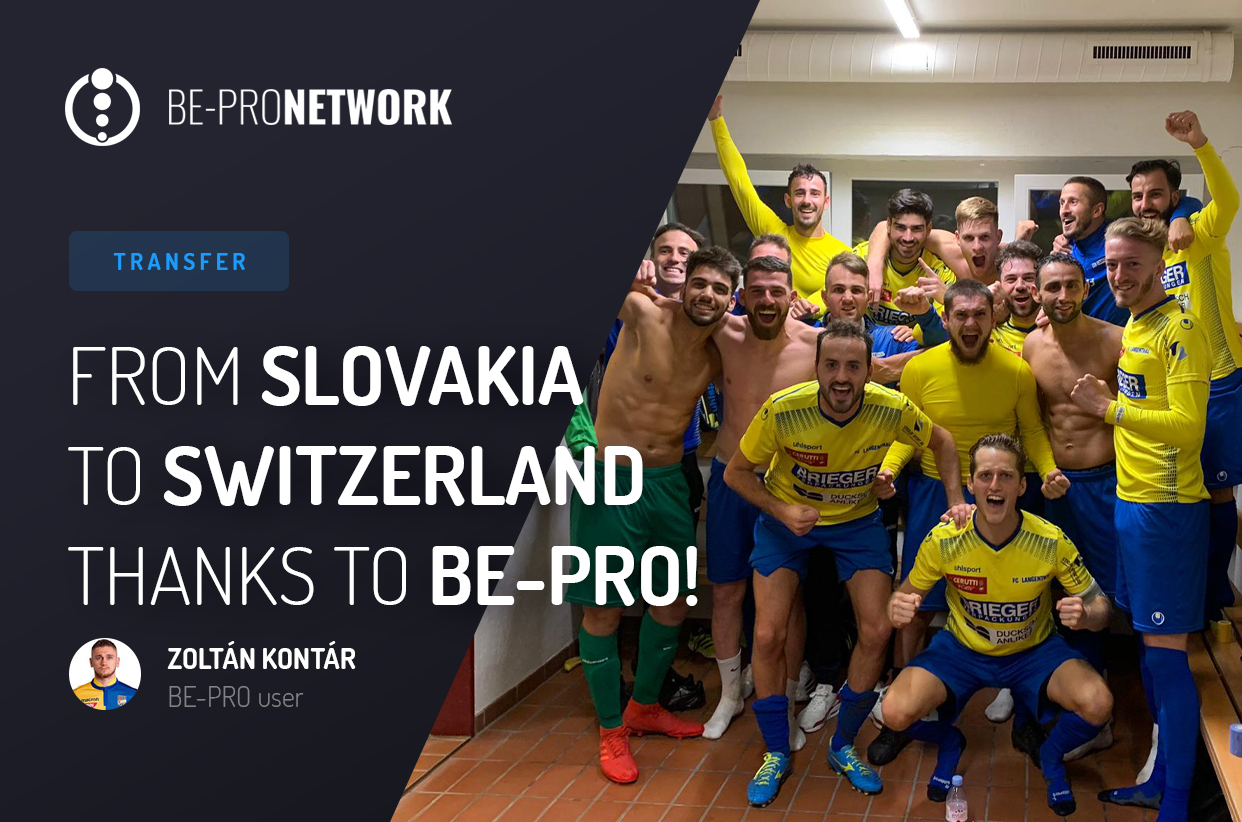 In the summer he went to Switzerland, while the BE-PRO network played a major role in this transfer. „I've been following the story of BE-PRO for maybe five to six years. I first read about it in the media or on social networks, then out of curiosity, I started wondering how it all works,“ says Zoltán Kontár about how he got to the city between Bern and Zurich.

„Basically, at first I just watched what was happening on the platform and I watched the offers that were added there. When I found out that interesting offers can be found there, I started to pay more attention to it. Later I decided to contact one Czech agent. We were in touch for a while and now I went to Switzerland,“ Zoltán adds.

Surprised by the quality

In the summer, his temporary home became the town of Langenthal with 15,000 inhabitants. „My new team FC Langenthal plays fourth highest competition. It is a family club and operates at a very decent level,“ Kontár represents his new team, and he is not the first BE-PRO user in Switzerland. „I was in contact with several guys. I was curious how it works in Switzerland because I didn't have a lot of information and I didn't know exactly what I was getting myself into.“ 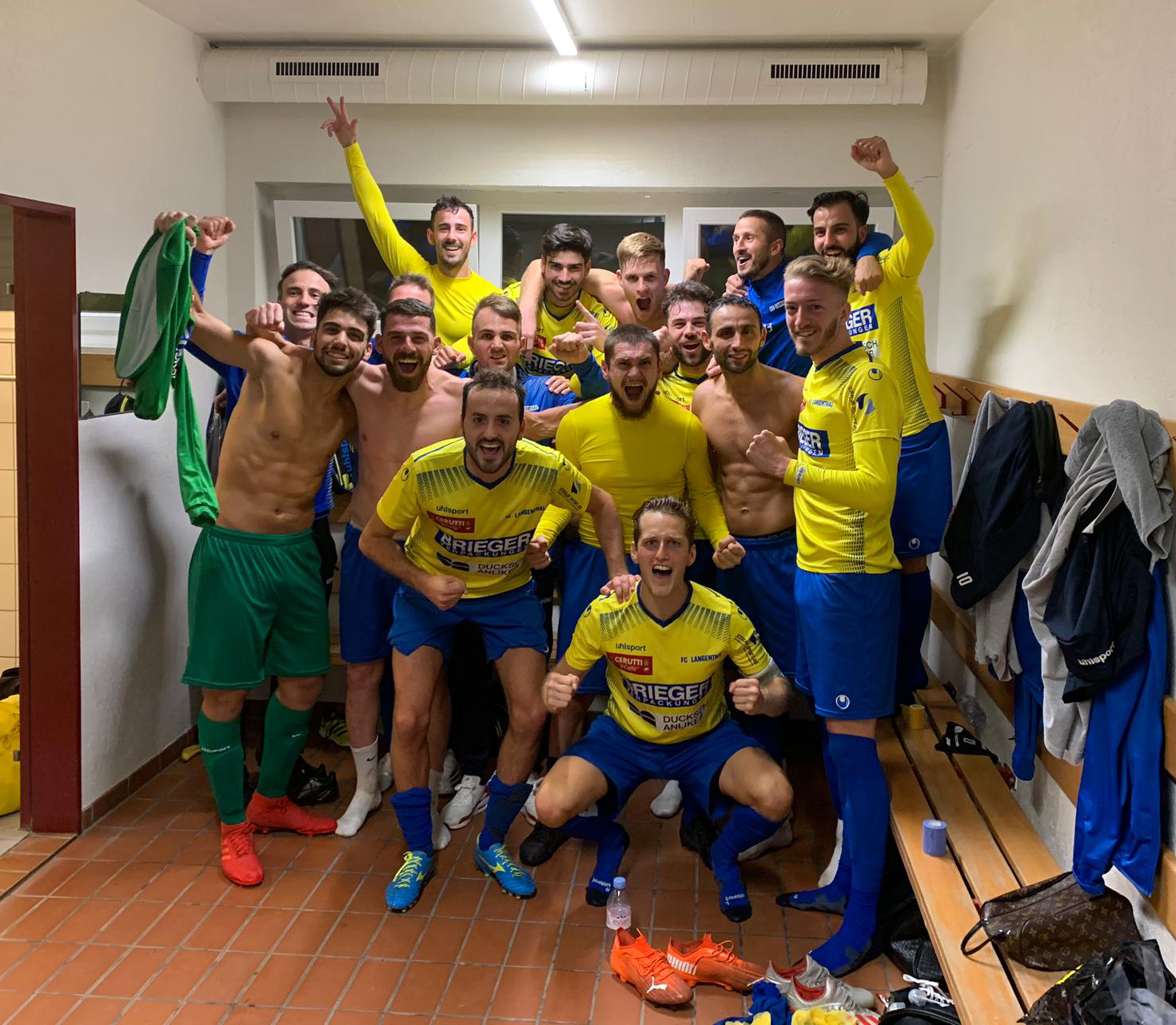 However, he is very satisfied with his decision. „I really like Switzerland. It is a beautiful country and everything works at a high level. I was surprised by the quality of the local fourth league, but also with the training. We train three to four times a week and we play matches in the evening, what I really like. I just have to get used to a foreign language and work alongside football,“ says Kontár, for whom the club also found civilian employment.

„In Switzerland, the system is set up so that if you don't play at the top level, which means the first or second league, you have to work alongside football. It's a little harder when you work during the day and then you have to go to training and match, but you get used to everything. It's just about how you approach it,“ says an ambitious football player.

BE-PRO also for the Swiss

During the recent redesign, new features and language mutations have been added to the BE-PRO.com platform. Thus, potential Swiss users can use the social network directly in German. „I haven't talked about BE-PRO with people in Switzerland yet, I have to improve my German first. But as soon as there is an opportunity, I will recommend the portal to them and I will ask about it. I am interested in their opinion,“ claims a 26-year-old defensive footballer. 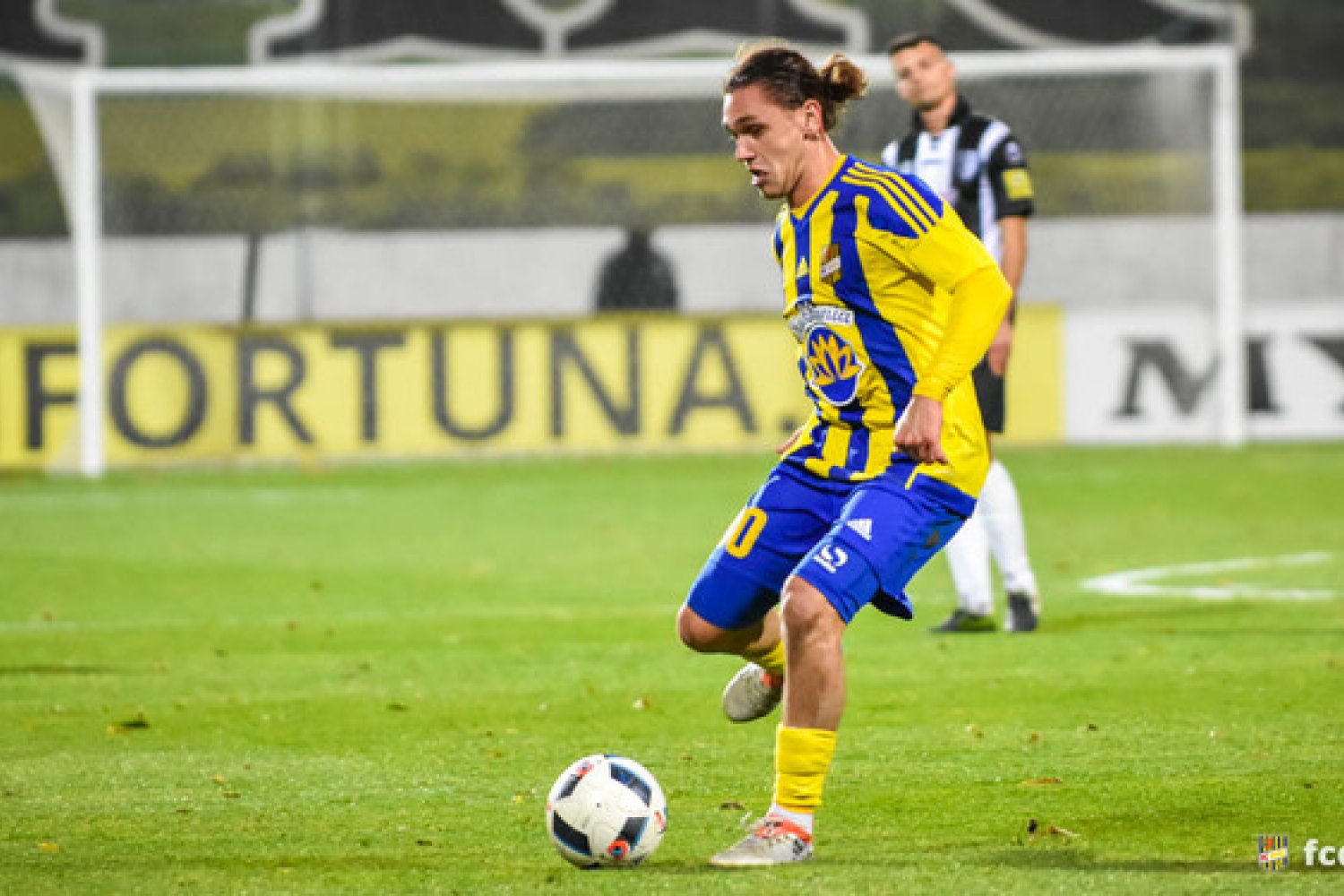 „Founding BE-PRO was, in my opinion, a very good idea. From the very beginning, when it came to amateur players looking for clubs, it was very beneficial for many of them. Nowadays, the project is at a much higher level, professionals can also find help there, and I also consider it an advantage that it is becoming more and more well-known. So I would recommend it to anyone looking for a new job. Thanks to this platform, you don't even have to have an agent, although getting to another club without an agent at that time has been quite difficult so far,“ says Kontár.

The native of Dunajská Streda closely follows the current results of the local team. Coach Bernd Storck's players are in the top of the league, and in this year's edition of the European Cups, they have made it the farthest of the Slovak teams. „I follow the DAC closely, as well as other Slovak clubs. I wish them that the team will continue to prosper and win the championship title. It would be a great success for the club and a huge reward for the fans,“ claims the player who played for the club in the seasons 2016/17 and 2017/18. 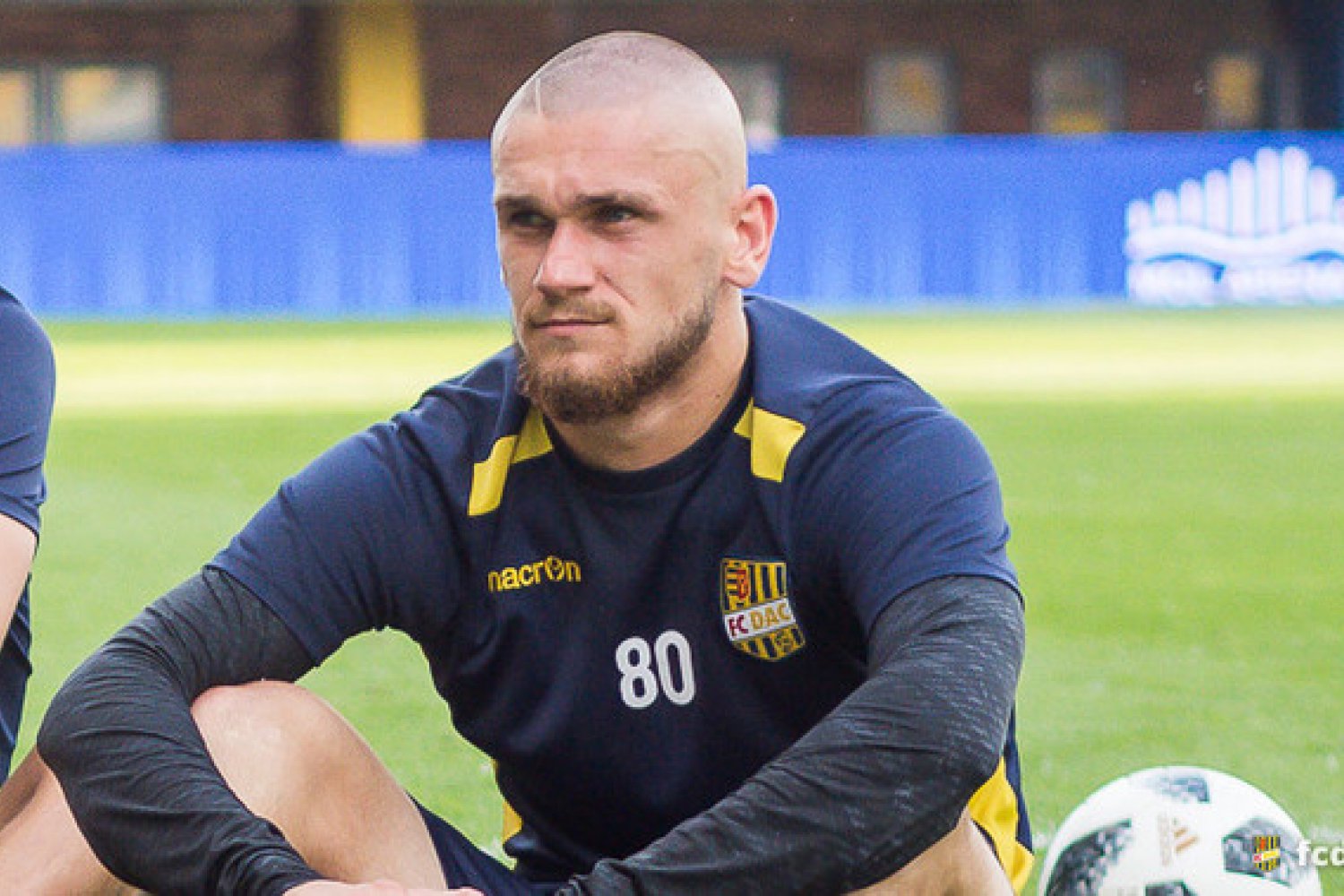 „The DAC has always had great ambitions. At the time when I was part of the team, we finished third, which was a beautiful placement at the time and the title would be a beautiful culmination of the club's performance among the Slovak elite.,“ says Kontár, who has beautiful memories of performing in a yellow-blue jersey: „I often remember this period, it was a pleasure to play for Dunajská Streda. Nice stadium, great facilities, good people and especially an amazing fan club, which created a fantastic atmosphere. You will never forget that.“