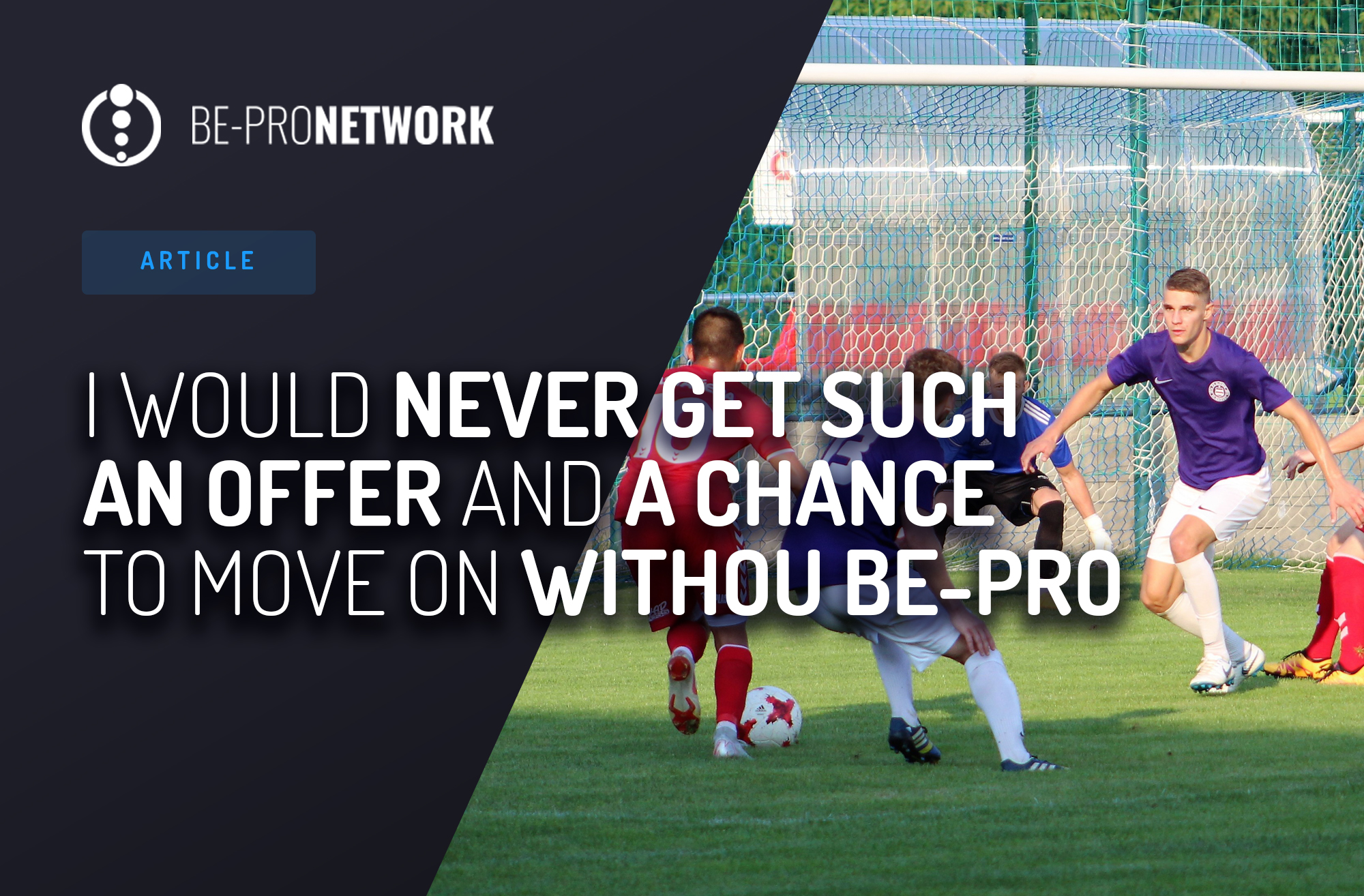 A story just like many others. A promising footballer overcoming plenty of football obstacles stops at one of them and considers taking a break from football or in some cases even stop playing football at all. And then BE-PRO steps in.

Where one story ends, other one only begins. Ján ČERVENÁK, a 22-year-old footballer who was in a very similar situation, will start the second half of the IV. division of ZSFZ (the West Slovak Football Association) playing for FC Slovan Hlohovec.

“I have already played few seasons in lower divisions and like many other amateur footballers, I also tried to progress and try my luck in multiple clubs. Worth of mentioning is also that I was slowed down by my knee injury, followed by a surgery - because of which I had to take a 1-year-long break from football. That was very frustrating but as many other things, this is also a part of footballer´s life.” says Ján Červenák, who even managed to play as a goalkeeper for a half of a season. That’s what we call a utility player. “The offer came exactly during the time when my knee was slowly recovering. I was also contacted by representatives of OŠK Chorvátsky Grob and I am also very thankful for this unusual opportunity …” reminisces the former player of Podunajské Biskupice, who was raised at TJ Spoje. 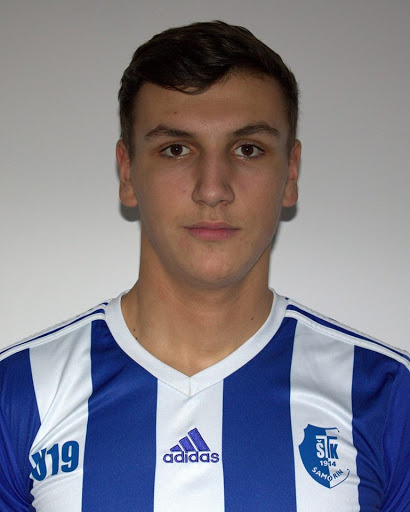 After his goalkeeping phase, Ján ČEVENÁK returned to his old position of centre-back and agreed to join ŠK Bernolákovo on loan. When he had to choose where to go next, a conversation with his teammate played a very important role. “He recommended BE-PRO to me. I basically just signed up and tried my luck and you can see how my story unfolded. I was approached by representatives of the club and the details of my loan at the IV. division club FC Slovan Hlohovec will be finished within few days from now. Honestly said, if it hadn´t been for BE-PRO, I would have never gotten such an offer and an opportunity to move forward.” says Ján Červenák, a successful graduate from High School for Nutrition and Sport Education. Besides enjoying his recently born one-year-old daughter, he also has a new challenge ahead of him and that is to play for his new club FC Slovan Hlohovec.

“It is a new chapter in my life and I would like to leverage this opportunity as good as I can. BE-PRO opens a door to a completely new variety of options for amateur footballer and as you can see on my example – everything is possible. And that´s also why I can recommend BE-PRO to all players, coaches or even agents looking for someone who will never disappoint. Their services are priceless for all those who love football!” added Ján Červenák, a 22-year-old centre-back who will be wearing a jersey of FC Slovan Hlohovec in the upcoming second half of the season.

We are very happy that BE-PRO has once again written another nice story. Do you have a similar one? Let us know!